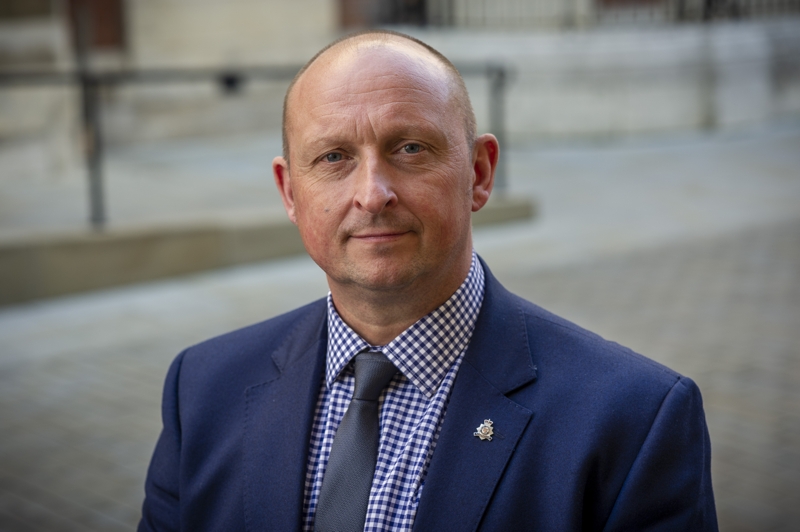 Hi everyone, it's me again. Once again, I am stepping into the breach whilst the Chair takes some well-deserved leave in sunnier climes. It has been a busy April, so here are the highlights for you to digest.

Injury on Duty Benefit
Regulation 11 and 12 of the Police Regulations 2006, in basic terms, offer an officer a gratuity/benefit if the officer suffers a permanent disablement because of an injury whilst on duty. As a result of this Federation being invited to consult with the Government on whether the current Regulation 12 is fit for purpose or whether it should be amended to reflect the role of modern-day policing, it became apparent that that the Force does not offer parity with either of these regulations in the same way it offers parity with all other aspects of Police Regulations. This Federation cannot see the reason as to why our officers should not be afforded the same benefits as their Home Office counterparts, so a paper was submitted via NNM asking for this to be considered and adopted.

A working party was set up to look at this and explore the pros and cons of adopting such. I have been involved with this from the beginning. We are now at the stage where a more detailed paper will now be compiled and then submitted to the BTPA, asking for the Force to adopt both of these regulations. We will of course keep you updated of any progress.

BTPA Quarterly Meeting
This month saw our quarterly meeting with the Authority in the shape of the CEO Hugh Ind. Several topics were covered, starting with the integration of ScotRail into public ownership. Concerns have been raised by officers around the affect this may have on pensions and the PSA (Police Service Agreement). Mr Ind was quite clear when he stated that he could see no impact on either pensions or the PSA.

We expressed our concerns about the massive increase in misconduct cases with what appears to be PSD proactively seeking misconduct against officers and encouraging officers to give statements, complaining about other officers. This Federation would urge the force to use Performance Regulations and not Misconduct Regulations in the vast majority of cases. After all, we are now in a world of reflective practice where mistakes should not be punished. We explained to Mr Ind that these concerns would be explored with the Force and he was grateful that we put this on his radar. Of course, this Federation is not saying that officers should not be dealt with for wrong-doing and officers should recognise and adhere to the Standards of Behaviour and the Code of Ethics. However, supervisors should be dealing with officers who have purely made a mistake and only the more serious incidents should be dealt with by PSD.

We raised the increasing concerns this Federation has about the number of officers experiencing financial hardship and the fact that we have approached the Force to explore ways to ease financial burdens. It was pointed out that many officers are having to seek authorisation for second occupations and retention is severely affected due to officers leaving for higher paid jobs. We will continue to work with the Force and the authority to find ways to help officers financially. We have already urged the Force to review all expenses, such as the meal expense. It still sits at £7.50 and has done so for the past few years. The Force has agreed to such a review and we will of course update you in due course.

Independent Review of Federation
As you already know, an independent review of this Federation, is well under way. The independent panel has carried out two surveys, one for members and the other for Federation delegates. There was a 37% response to the member survey which was incredible. The results are being analysed and we have been informed, that the initial assessment is positive.

The panel has spent time with all Federation committees and some members. They are still waiting to interview the Chief Constable, but due to diary commitments, this is proving challenging. Unfortunately, this may delay the deadline for the recommendations produced by the panel, which was due in June this year. Again, we will keep you posted.

Group Insurance Scheme
It's that time again. The Federation Group Insurance scheme is due for renewal next month and we have been in negotiation with George Burrows, the group insurance provider. I will put out a lot more detail in a circular over the next two weeks, but there will be a modest increase in the cost of the scheme: With the current financial climate, a rise in the fee was expected but, thankfully, we have managed to keep this to a minimum. You will also get a bit more for your money: an extra £5000 life assurance and RAC Mis-fuel Rescue Enhancement. The Special Constable costs have increased more due to a sickness cover now being included. This cover will be a payment of £75.00 per week up to a maximum of 26 weeks. The payment is also over a calendar month rather than a lunar month.
Look out for the circular with more details and remember this is an opt out scheme, so you will need to contact us if you no longer require this cover. I still think that this is great value for money and saves you hundreds of pounds each year and I'm sure you'll agree with me. Management Board Meeting

The Management Board met at the end of March, the first meeting of this year. Many things were discussed, however I just want to bring two items to your attention, as they will potentially have financial benefits.

Firstly, in 2018 a motion was passed at the Federation annual conference, where basic Federation subscriptions would increase by 50p should the pay award for the year be under 2% and £1.00 should the pay award for the year be over 2%. Due to the last two years of Covid restrictions and limits on travel (and therefore travel costs), the Federation has a surplus of funds. Because of this, it was decided that there would be no increase to the basic subscription this year as the surplus could cope with this.

Secondly, again due to the surplus, it was also decided that any travel costs incurred by officers attending the Police Treatment Centres, would be covered by the Federation. So, if you are attending the centres, please send in proof of expenditure/travel costs and the Treasurer will reimburse you. Small savings I know, but every little helps.

EuroCop Spring Committee Meeting
Earlier this month I attended the European Confederation of Police Spring Committee meeting in Gibraltar. This was in my capacity as Treasurer to the EuroCop organisation. BTPF have been members of EuroCop for many years now and it is an honour to be part of their executive committee. For those of you who don't know, EuroCop is an umbrella organisation whose member organisations are Police Federations from across Europe. Being a member of this organisation gives this Federation a voice in the European Parliament if ever needed.

This committee meeting was a busy two days and was attended by Federations from the UK, Sweden, Norway, Iceland, Finland, Denmark, Spain, Portugal, Malta, Ireland, Slovakia, Gibraltar and Latvia to name but a few. The packed agenda included an address from the Chief Minister of Malta, guest speakers talking about the conflict in Ukraine and the implications for policing across Europe, Violence against Police in Spain as well as internal business with members contributing towards how EuroCop will proceed over the coming years.

Retired Officers Lunch
This month also saw myself and the Chair attending the retired officers lunch which was held at the Adelphi Hotel in Liverpool. We maintain a close relationship with NARBTPO as they offer an excellent support network. We have added their membership forms to our website so do take a look if you're approaching retirement. It was great to see the event so well received with almost 80 retired officers in attendance. The Chair was given the opportunity to address the room and happily answered questions from the floor. In all, a pleasant couple of hours was had by all.

Police Roll of Honour Trust
Next week, I have the honour and privilege of attending the Royal Military Chapel at Wellington Barracks, London, where an ecumenical Service of Commemoration will be held, paying tribute to some 5000 British police officers who have died on and in the line of duty. This Federation has been a supporter of this charity which is staffed entirely by volunteers and I am humbled to be able to pay my respects to those who have made the ultimate sacrifice.

Thank you for taking the time to read this blog and I hope I have done it justice in the absence of our Chair. As always, stay safe and look out for each other.

"For every minute you are angry, you lose sixty seconds of happiness."