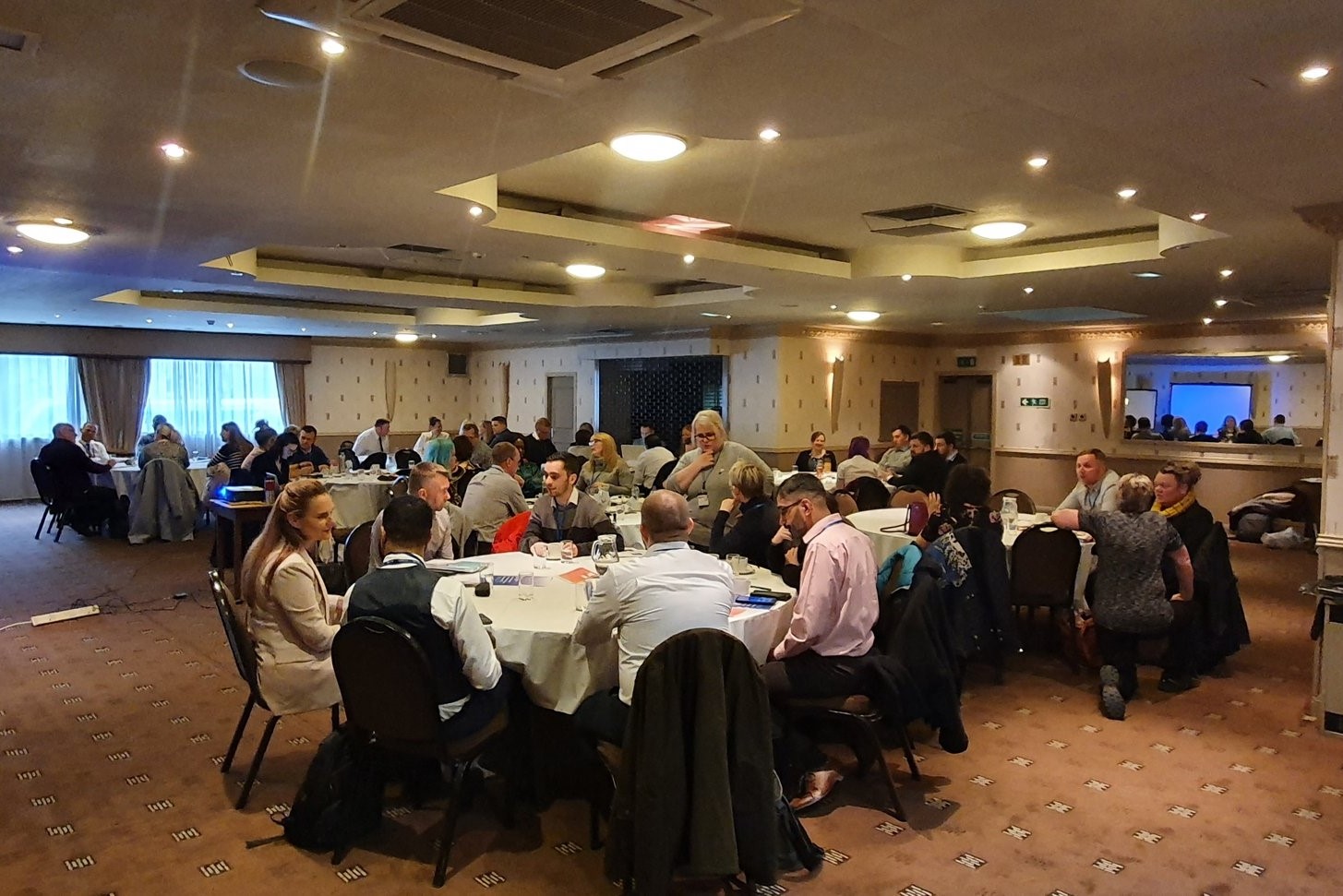 Blog:Listening and learning:
a Rep's view

Blog:Listening and learning:
a Rep's view

John Paul told us he had attended the event with a preconceived idea of what it might involve and was glad to say he was wrong. In this blog, he explains some of the topics discussed at the conference and his takeaways from the two days.

The Conference was opened by Chief Superintendent Gill Murray, D Division Commander who warmly welcomed us all and thanked us for our attendance. Chief Superintendent Murray said that we were moving forward in terms of diversity but that was always room for improvement and that our attendance over the two days showed that there was a willingness to make positive steps.

It was stressed that officers and staff will always be listened to and supported by SLT if they have any issues regarding inclusion and diversity; that we need to have open conversations to understand and better serve our colleagues and communities and by doing so, we can become a more inclusive workplace.

A number of speakers gave presentations over the two days ranging from mental health to neurodiversity to transgender awareness to gender barriers within the workplace. I could go on at length about the speakers, all of whom were excellent and brought something to the party, however I will pick out my highlights of the two days.

Dave Scott, who is Campaign Director for anti-Sectarian charity Nil by Mouth, gave a funny and impassioned input about Sectarianism. He reminded us of the importance of eradicating the use of unacceptable language - regardless of audience or peer group - as even if language deemed acceptable within a group, it can be overheard and have a negative effect on others. Dave spoke of how we tend to put people in boxes and that we need to look beyond the labels that we place on others as well as ourselves.

Beth Ann Logan who is a Development Worker with North Lanarkshire Council Social Work told of her own lived experiences of the care system, having experienced it since she was just six weeks old. Beth Ann stressed the importance of language when dealing with and referring to those in care. She explained how quite often the language used in the care system is stigmatising and can cause low self-esteem to the young person, often having a lasting effect.

Beth Ann was joined by her colleague Andrew Gillies who spoke about contextual safeguarding, which is very relevant to BTP as we deal with individuals and groups of young people utilising the rail network to meet up with others, many of whom are already in or known to the care system. He encouraged us to not always make it about targeting youth anti-social behaviour when dealing with children and young people on the rail network, but to consider that it may be about protecting children. Again, Andrew and Beth Ann asked us not to label young people.

The entire room fell silent as we heard BTP CI Tara Doyle and Avon and Somerset CI Sharon Baker give open, honest and frank recollections of their lived experiences of workplace bullying and domestic abuse.

While it was harrowing to hear about their very personal experiences, it served as a stark reminder to us all that anyone can be affected. It is to their credit that both Tara and Sharon are able to speak about their own experiences in order to educate others and to hopefully use their negative experiences to make positive changes in the workplace.

Those attending day two were given a choice of morning sessions and it was refreshing to see that the vast majority who chose to attend the presentation delivered by Lauren Chiren from Women of a Certain Stage, were male.

Lauren gave a very interesting and informative input regarding menopause, which tends to affect women between the ages of 45 and 55 years. We heard some very stark statistics of the spike in women leaving their jobs, divorce and female suicide between these ages.

Lauren encouraged us all to take a moment to stop, think and listen; and then listen more and to think about what we can do to help those who are peri-menopausal, menopausal or post-menopause. We were also reminded that everyone is affected by menopause, either personally or because we live/work/socialise with someone who is menopausal. Again, Lauren asked us not to label and not to try to fix things; just to talk and most importantly to listen.

Finally, we heard from Heather Waugh, the first and indeed only female freight train driver in Scotland. Heather gave a refreshing, funny and personal account of what it is like to be a woman in a male-dominated environment. She spoke about barriers that she faced and still faces in the workplace, whether it be uniform, toilet provision or safe-working practices, all designed around males. She shared some frightening statistics. Women are 47% more likely to be seriously injured in a car crash, as the crash test dummies used by all car manufacturers only use the larger "male" dummies as the driver. Women are 50% more likely to be misdiagnosed when having a heart attack as the classic symptoms that we all know are symptoms which generally only affect men.

Heather stressed how she has never sought special treatment, merely that she wants the working environment to suit everyone who works there. She reminded us that we rarely see beyond our own needs and the first step to take is to identify needs and address them. I don't think any of us could disagree.

I went along with a preconceived idea of what the two days might involve. I'm glad to say that I was wrong. The range of speakers was, if you'll excuse the pun, diverse. They were informative, they were positive, they were uplifting, and they were funny. And they all belonged.

I'll leave you as Nobby always does, with a quote, and one which sums up the meaning of diversity and inclusion: "Diversity is being invited to the party. Inclusion is being asked to dance."

Thank you and as always, stay safe.