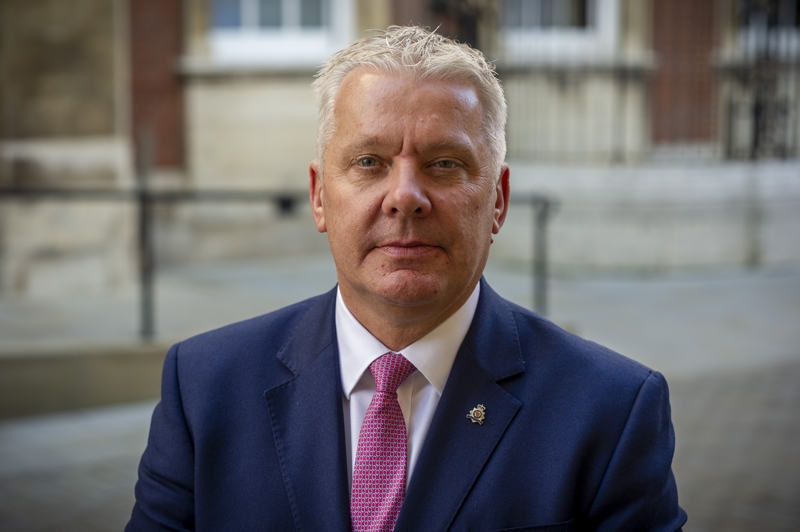 Colleagues, in May 2016 I started writing a monthly blog for all members of the BTP Federation to update you on what was happening within the Federation and what your Federation was doing on your behalf. Some 6 years and 2 months later I sadly find myself writing my last monthly blog for you; how time flies when you are enjoying yourself.

I took up the role of National Chair of the British Transport Police Federation in February 2016, and I am amazed how quickly time has passed me by. I have to say it has been an absolute privilege to represent some of the best police officers in the world. It's been an honour unlike anything else that I have experienced in my nearly 32 years of policing. During my time in BTP and as the Chair of the Federation I have met some fantastic, inspirational, hardworking and dedicated people who bring different things to policing but also make a massive difference in today's world.

So, this blog being my last, I would like to reflect on what we the Federation have done over the past few years.

Obviously, the biggest change within the Federation, in my opinion is that we are more approachable, contactable and accountable. From humble beginnings we have a much greater reach than ever before. Our website has improved beyond recognition, social media - Facebook and Twitter - is forever growing and our communications with our members have improved tremendously.

Yes, we can still do more and hopefully once I depart much more will be done and the communication between members, Federation representatives and the Executive Officers will continue to get better. Communication is always key and simply explaining what is happening or what we are doing is not too difficult a task, especially now we have an excellent PR/Media advisor and various platforms where we can share that information.

Yes, we still have an annual conference, which we know is subjective and some members don't see the benefits of such. Nevertheless, I can reassure you all that as well as being a fully working conference, it encompasses our Awards of Excellence, where you the members nominate your peers to receive an award from the Federation for excellent work throughout the year. Over the years we have heard some fantastic stories, some really brave acts of heroism, lifesaving interventions, brilliant investigative responses and just incredible stories of excellence. Every year it astounds me how many officers are nominated and how many receive their awards with the simple response, "I was just doing my job".

We now have Special Constables as members of the Federation, a first for any police service throughout England and Wales, and these officers are now also able to carry Taser and drive response vehicle whilst being supported and cared for by the Federation.

We also, for the first time in our history, have group insurance for all our members and retired members. An insurance that provides numerous benefits including a death benefit which is something BTP or any previous BTP Federation had never achieved.

We have an active welfare committee offering support and grants to those experiencing hardship and that committee is busier now than ever before. We also have numerous reps qualified and trained to the very high standard of NEBOSH Health and Safety levels, again a first for BTP Federation.

These are just some of the changes we have made over the last six years. I could mention many more and cite the numerous officers we have supported over the years however, most of these cases are protected by confidentiality but those who have received support know exactly how good (or otherwise) that support has been.

As the national Chair I am delighted that the Federation has embraced change and I believe the organisation will continue to make changes for the future, especially now the independent review, which was commissioned in January this year has concluded. Hopefully the Executive Officers, supported by the Management Board, will bring about more positive improvements that will make a difference for you the members.

Now I can hear some of our critics saying, "so what?". Well I believe it is important to highlight that behind the scenes, your Federation Representatives have worked tirelessly over the years to improve the service they provide. It may not always be obvious to some, but I can reassure you it's been quite surprising to many how good that support is at times and how beneficial it is to have an approachable Federation when you need it most. I would therefore like to take this opportunity to thank every single officer who has been a Federation Representative during my term of office.

As Federation Reps, many forget they are first and foremost frontline operational police officers and they all volunteer and put themselves forward to support, advise and represent their peers and colleagues when they need it most. They certainly don't do it for platitudes, money or recognition; they all do it because they have the desire, dedication and motivation to help others. I for one am grateful for that dedication and self-motivation and I would like to say a big thank you to all of them.

It has not always been plain sailing, I started this role with the threat of BTP Scotland being integrated into Police Scotland. A lot of our time in my first 12 months or more was spent on this issue, from attending various meetings, to giving evidence on a number of occasions to the Scottish Justice Committee and visiting both the Scottish Parliament and Westminster. The threat was real and legislation was drafted and agreed at the Scottish Parliament. As a Federation we supported BTP and BTPA to challenging the proposal and convincing many that BTP throughout England, Scotland and Wales should remain as one. Thankfully all our thoughts and views were taken on board and integration remains a distant memory.

I am also pleased to report that there also now exists a compendium of your terms and conditions of service. This was one of the lengthiest debates, projects and negotiations I have ever experienced. It took nearly six years to finally achieve a document that tells every officer in BTP exactly what their terms and conditions of service are. Again, a big chunk of our time was spent convincing, debating, negotiating and challenging the Force and the Authority that this was the right thing to do and I am very pleased that we eventually got there.

We also now await the policy behind and delivery of the Police Covenant which has been agreed and written into legislation. The Covenant now places a legal obligation on all Chief Constables to report to the Home Office/Secretary of State on how the Force supports the welfare and wellbeing of its officers, staff, Specials and retired officers. BTP wasn't initially included in the legislation - this time last year it was suggested we and all other non-Home Office forces would have a Memorandum of Understanding with their various government departments. Again, after some campaigning, negotiating and support from BTP and Ministers the legislation was changed to include all police forces including BTP.

Again, these are just some of the headlines that this Federation has achieved over the last six years on top of business as usual and of course, COVID.

Sadly, COVID impacted on many aspects of our business and now, more than two years, on we are slowly getting back to where we should be, and the Federation can move forward in leaps and bounds. I know the future of Policing is potentially going to be a difficult time for some, nevertheless just over 31 years ago my tutor questioned as to why I joined BTP? Did I not know BTP won't be around for long and the job is in a mess (or words to that effect). Nearly 32 years on, BTP has grown not only in numbers but in its ability to deliver a fantastic service in a very difficult working environment.

Officers in BTP should feel very proud, proud of being part of a great Force and proud of what you all do day in day out. The last 31 years plus have been the best I could havewished for; it's been brilliant and I am proud to say I have served. Yes, we all have our ups and downs and difficult times during a career in policing. This job isn't easy at times, it's a job like no other and if it was easy many others would do it, but there are only a certain number of people who can be police officers, certain people who have the dedication, self-motivation and resilience to provide a public service, a service that makes a difference to so many people in society.

So, I will conclude by final blog by saying a massive thank you to everyone who works in BTP, whatever your role, as a team you all do and deliver a fantastic job. I would like to also thank everyone who has supported me during my career; the list is endless but most of you know who you are. I would like to wish all in BTP and especially all in BTP Federation all the very best for the future. Keep up the excellent work, keep the great reputation of BTP going and keep looking out for each other.

Quote of the Month:
"Good, better, best. Never let it rest. 'til your good is better and your better is best"