Our own Stuart Cowan is amongst a team of sixty people taking part in the New York Marathon to raise money for the PC Nicola Hughes Memorial Fund. Nicola was one of two unarmed police officers shot while on duty in Manchester in September 2012; tragically she lost her life. Her father Bryn Hughes has since established a charity to provide learning opportunities and employability skills to children and young people who have lost a close family member through a violent crime.

On 3 November, Fed Rep Stuart will take to the start line of the world's largest marathon alongside fellow police officers and staff, prison officers, journalists, a nurse and several members of the public who support the charity. 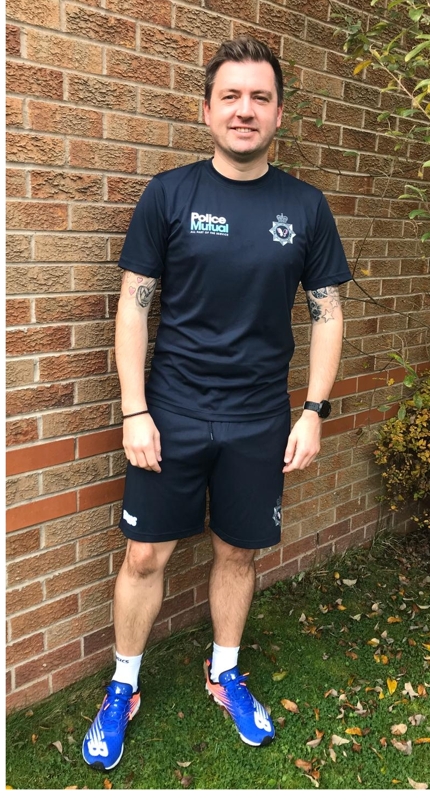 The money they raise will help to fund a several young people through a university course.

Stuart's preparation is well underway, and he has enlisted the help of, Ronnie Coulter, an octogenarian trainer who has run more than 100 marathons.

"Ronnie is a bit jealous as the New York Marathon is the one he never got to experience," explained Stuart. "He has given me some great words of wisdom; stuff that a non-runner like me wouldn't have thought of."

Ronnie has advised Stuart not to listen to music when he runs, primarily for safety because he can't hear what's coming behind him but given there's a live band or DJ on almost every street corner during the marathon, he's going to be suitably entertained (or distracted). He has also told Stuart not to carry a water bottle when he runs, suggesting he gets water from garage forecourts if he needs to take on fluids during his training.

"Some other tips include training in heavier running shoes, so that when I switch to lighter ones for the marathon they'll almost feel like slippers!" Stuart said. "He has also encouraged me to include hills in my training, if I can prepare with hills and lung busters it sets me up for the challenges ahead."

As the big day approaches, details are being finalised - including the motorcycle escort NYPD will provide for the Nicola Hughes Memorial Fund runners - and Stuart is feeling enormity of what he has agreed to do for charity.

He said: "This is going to be a massive physical and mental challenge. I'm not a runner but I'm hoping I can show people that we can do anything we put our minds to.

"Bryn Hughes is one of the most inspirational people I have met, and this is an excellent cause I am very happy to support." You can show your support by making a donation via Stuart's Virgin Money Giving page at https://uk.virginmoneygiving.com/StuartCowan2