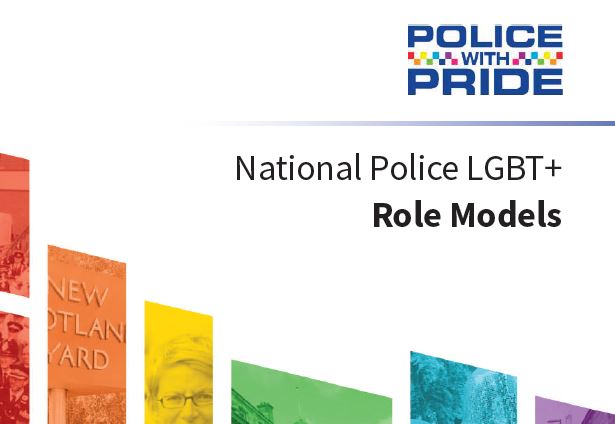 BTP's Deputy Chief Constable, Adrian Hanstock QPM and Head of Inclusion and Diversity, Barry Boffy are amongst 30 LGBT+ role models highlighted as working in policing across the UK and Northern Ireland today.

The booklet aims to dispel some of the myths that suggest people can't have a long and successful career in policing if they are lesbian, gay, bisexual or gender diverse.

Mr Hanstock became a police officer in 1985. He recently became the first openly gay male to lead a UK police force, when he became BTP's Temporary Chief Constable. In the booklet he remarks:

"It seems incredible that the culture in the police service more than 30 years ago was to view LGBT+ officers with suspicion, considering them to be vulnerable to blackmail and a potential "risk". These attitudes undoubtedly dissuaded some people from becoming police officers in the first place or otherwise undermined their confidence to progress in their chosen careers."

In his entry in the booklet, Barry Boffy advocates for being yourself at work:

Being your genuine self is really liberating and will let you concentrate on the things that are truly important and will give you the space to get on with what you need to do, performing to your very best and enjoying your career."

You can read the Role Models booklet here.