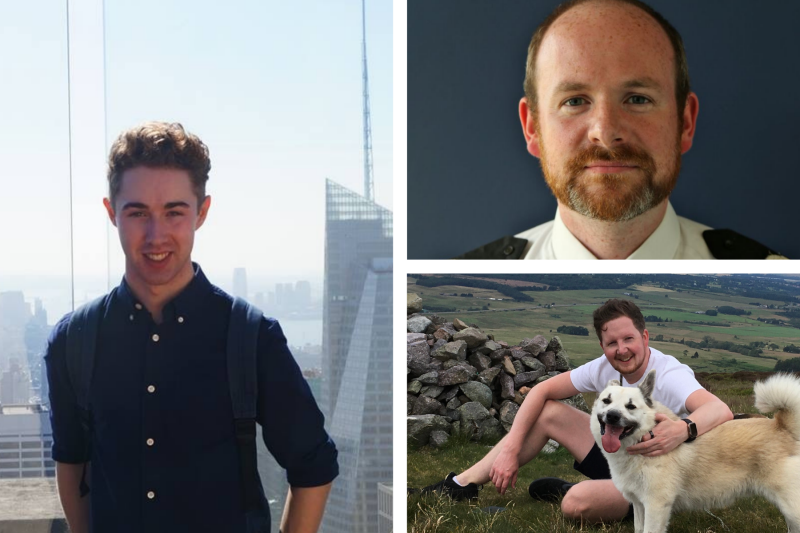 Four BTP officers are taking on a special challenge to support vulnerable children in the UK and beyond. The three volunteer Special Constables and one former Special (now a regular Police Constable) are taking on the Three Peaks challenge, travelling by train between them.

Jacob Chance, Jack James, Ross Easton and Ben Clifford will climb the highest peaks of England, Scotland and Wales over two days to raise money for the Railway Children charity. The organisation helps vulnerable children who often end up on and around the rail network here in the UK and abroad.

The officers will begin their challenge by climbing Snowdon, which is done in darkness at night. Achieving the Three Peaks is considered to be the equivalent of running three half marathons over two days.

"I have been inspired after hearing of their life changing work, to tackle the Three Peaks as part of BTP Team Special for the second time, to help raise funds and awareness of their important role in providing help and support for young people when they need it most. Any donations are truly appreciated and will help make a difference."

Like Jack, Chief Officer Ben Clifford (top right) is also familiar with the challenge and is relying on a combination of training and snacks to get him through.

Ben said: "I've kept up my usual cycle of long weekend walks and going running. I did the challenge previously in 2018 and it was tough so there's a certain madness in volunteering for it again but hopefully the adrenaline (and some high sugar sweets) will keep me going!"

You can show your support for Jacob, Jack, Ross and Ben's efforts by making a donation and leaving an encouraging message on their fundraising page.

About the Railway Children charity

Every five minutes a child runs away from home in the UK. Thousands of vulnerable children pass through railway stations every day and most of us wouldn't even spot that they were in danger.

These vulnerable children face dangerous risks such as child sexual exploitation, trafficking, and drug running. Perpetrators are determined and skilled at seeking out and befriending and grooming young vulnerable people who will then be subjected to exploitation and abuse.

Railway Children has been fighting for children alone and at risk on the streets for over 22 years. During that time, they have reached more than 275,000 children in India, the UK and East Africa.