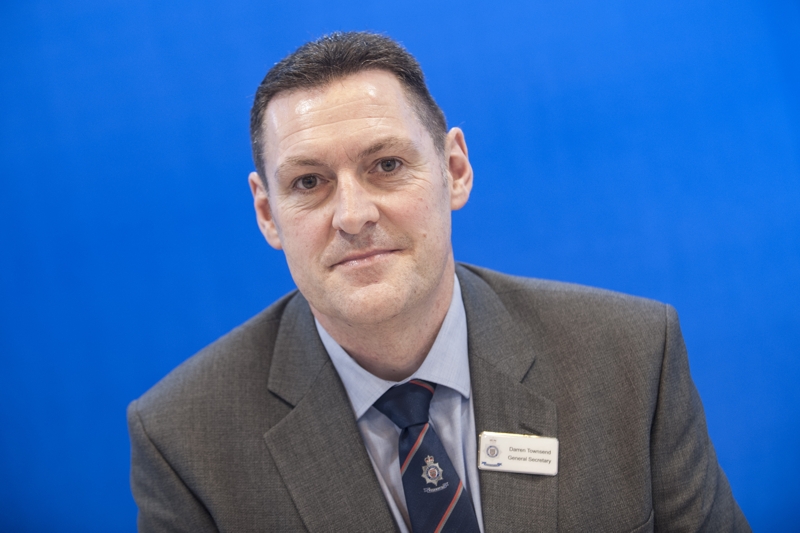 Darren posts occasional blog comments of issues of importance to policing and the BTPF in particular.

Following on from the recent staff survey engagement events are taking place across the force. The aim is to give each of us a chance to get involved in and build on some of the areas highlighted as a concern. General Secretary, Darren Townsend, has attended several sessions. Here he explains what's involved and why he believes they are an opportunity we shouldn't miss:

Each session begins with a video recorded by Chief Constable Crowther and Dr Les Graham of Durham University. It was filmed during our conference shortly after Dr Graham first presented the survey results to our delegates. Participants are then asked to discuss four topic areas:


The final thing we are asked to comment on relates to the Lessons Exploitation Centre (LXC) Review. This considers the recognition and award ceremonies that took place following incidents such as the Manchester and London Bridge attacks. Ideas and feedback are being sought on how the commitment and dedication of those involved was recognised and how this could be managed in the future.

There is a real opportunity for us all to feed into the issues that the Durham Survey pointed out as being of concern. On a personal level, the issue of 'trust and empowerment' really jumped out. The usual hindrance stressors popped up and these forums provide an opportunity to raise the daily frustrations we face - often matters of systems and procedures. Many of the issues arise from what appears to be a lack of trust in all federated ranks to undertake policing duties without undue interference from top-down authoritative management. Direction and guidance is important, but we also need to listen to those on the ground, doing the job. Their insights are both current and relevant because they're based on what's happening in front of them.

BTP has a vision, but on closer inspection we have an internal vision and a public vision. I would ask how clear these are to us all and more importantly, what is the relevance to you and do you understand it? Much is made at the sessions that 'buy-in' is not captured because officers feel that the vision changes too often and it gets blurred within performance objectives rather than simply stating, for example, that victims are at the heart of everything we do and we focus on the safety and security of the travelling public.

I see these sessions as giving us an opportunity to ask questions on the fairness of decisions and to stress the importance of communications; not just emails but genuine face-to-face chats. How many issues can be resolved with an operational explanation or by being listened to? By that I mean actively listening to staff and not just fobbing them off with 'exigency'.

Companies like Apple and Google seem to profit from employee engagement forums, consultation and involving staff in the decision-making process. These sessions could genuinely help to build on how the force reports back to Dr Graham and his team in 12 months' time on the successful implementation of the survey recommendations.

Further staff engagement sessions will be held as follows: