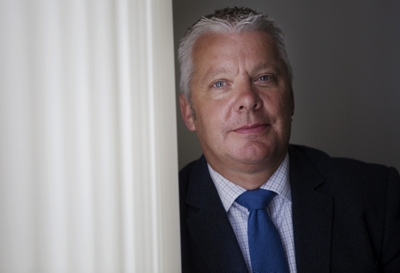 
Colleagues, here is the blog for July 2019 and this month we remember all those who were sadly affected by the horrendous terrorist atrocity in London on 7 July 2005. Fourteen years have passed since 52 innocent people lost their lives and hundreds were injured during this horrific attack. Our thoughts are with them and their families but also with our colleagues who responded to the incidents and witnessed the devastation.

This month, the inquest into the terror attack at London Bridge determined that police officers lawfully killed the three attackers on 3 July 2017. This outcome brings to an end a very difficult period for a great many people. Again, our thoughts are with both those who lost their lives and the brave individuals who put themselves in harm's way to protect and save lives; that includes our own colleagues in British Transport Police as well as the Metropolitan and City of London Police.

They all showed remarkable courage that night and we are so very proud of them all. Recognising the impact of the incident, investigation and now the inquest we continue to offer support to all our colleagues in BTP, as well as our immense gratitude. We hope that the outcome will help those affecting to find or attempt to find closure and hopefully some of those affected by this horrendous act of terrorism can start to rebuild their lives and mourn those that paid the ultimate sacrifice.

We have just received notification that the Home Office will accept in full the recommendations of the Police Remuneration Review Body (PRRB) and award officers a 2.5% pay increase from 1 September 2019.

BTP has pay parity with the Home Office forces of England and Wales and we will be encouraging BTP Authority to implement it in a timely manner.

Moving on to business as usual, the first point to share is that we had our National Negotiating Meeting on 1st July at FHQ jointly chaired by Rachel Etebar, Director of People and Culture, and DCC Hanstock. We had a very busy agenda and the main focus was again on mental health and wellbeing. I can honestly see a change in the mindset of the Force, and I believe there is a real desire from some quarters to start moving wellbeing and support in the right direction. Only time will tell if I have judged this correctly, but I am feeling very positive about it. I will provide you with more information later in this blog.

Another item on the agenda was the Allard and Ors payment for officers in certain specialist roles. The Force has currently paid out on 19 claims and they are working on others. Nonetheless there are still a number of officers who haven't submitted a claim; without such the Force is unable to process their payments. If you believe you may have a claim under the Allard and Ors direction, then please submit it as soon as possible.

I mentioned last month about the bilateral agreement on pensions that affects 108 BTP officers who transferred in from a Home Office force. A letter from the BTP was sent to all 108 officers inviting them to provide information concerning their personal circumstances in respect of the transfer of pensions. To date 57 officers have not yet responded; without all the data the Force will struggle to speak with the Home Office and the Treasury to resolve the issues. So please, if you haven't responded to the letter kindly do so immediately. If you are a transferee from the Home Office and the transfer of pensions affects you and you haven't received the letter from BTP then please contact Kerry.McCafferty@btp.pnn.police.uk.

While on the topic of pensions, some maybe aware that there has been a direction from the Supreme Court regarding the actions of the Government and their implementation of the 2015 pension reforms on Public Service pensions and the transitional provisions introduced to the reformed Judges and Firefighters pension schemes, which gave rise to unlawful age discrimination. This decision will without doubt impact on our colleagues in Home Office forces and those 108 officers who transferred into BTP, however it does not impact on those officers only ever employed by BTP. We have received enquiries from officers regarding the Supreme Court decision and how it impacts on them and their Career Average Pension Scheme (CARE).

It's important to understand firstly we do not have a public service pension scheme. Our scheme is a private scheme and it sits separately from all Home Office forces. Secondly no BTP officers were affected by the tapering process moving them from a Final Salary Scheme on to a CARE scheme. Unlike colleagues in Home Office forces, all officers who were on a final salary scheme in BTP remained on such and those joining post-2015 were placed into a CARE scheme. If you have any questions regarding pensions you should contact pension administrators, RPMI, who can provide advice.

Moving on to the topic of wellbeing and support, I am sure readers of this blog will know that this Federation has provided regular commentary concerning BTP's wellbeing and support policies. Some may have seen that this month the Home Office has produced a report: The Frontline Review. This report provides recommendations on improving key areas of policing including professional development, leadership and innovation, organisational resilience and most importantly wellbeing. Now clearly, we welcome this report and there are many comments and scenarios in the report that officers in BTP will recognise and relate to. Although BTP did not participate in this particular review the findings and the recommendations are certainly relevant to our officers.

I sincerely hope that in light of this report we will see recommendations being implemented immediately without debate or hesitation. I know there will be many saying it's 'too little, too late' and I don't disagree. I have already gone on record to say how disappointed we are that it has taken the Government, NPCC and the College of Policing so long to reach this point and deliver these findings. It has taken far too long for the dedicated, motivated and courageous officers who have walked away from a career they loved, for those broken by unrelenting pressures and experiences of the job and dismissed as a result of ill health and tragically, it's too late for those officers who have taken their own lives.

Darren Townsend and I have recently attended meetings with the Force where welfare and wellbeing feels genuinely to be a priority. The Force is are looking at improving the current practices, processes and more importantly how our officers are supported, treated and protected by the Equality Act. This is a very positive step and I am confident that the Force will support any new proposals to improve on what is already provided.

Evidently the elephant in the room is the 2021 efficiencies that need to produce £30 million savings for the Force. Again I have already gone on record and shared my views on these savings; savings when policing has already suffered years of austerity, savings when the workforce is stretched and exhausted and savings whilst our Chief Officer Group increases in numbers and cost, whilst other departments are scratching around for kit and tools to simply get the job done.

One very pleasing aspect of these meetings was the discussion around disability and reasonable adjustments in BTP. I would like to thank PS James Mathieson for his support and input into this particular issue as well as TSSA. I believe Barry Boffy, Head of Diversity and Inclusion, supported by senior HR personnel, has a real and genuine desire to improve on current processes and current practices. The Force has shared new guidance relating to reasonable adjustments and although some amendments have been recommended, we again welcome this new guidance. It is early days, but the discussions are very encouraging and we appreciate the opportunity to work with the Force in an attempt to bring about improvements.

As you may recollect, I reported that Darren Townsend and were due to meet with the newly appointed CEO of the BTPA, Mr Hugh Ind. That meeting went ahead on 25th June in his second week of being with the force and we covered a lot of topics. Mr Ind was obviously surveying the lay of the land and I am sure he will agree that Darren and I provided a honest, heartfelt and professional description of our concerns and fears, how we judge certain relationships and how BTP Federation functions without any funding from the Force or the Authority. One thing that Mr Ind did clarify is that he and the Authority welcome the proposed compendium of terms and conditions which officers can refer to when needed, rather than a massive number of standard operating procedures/policies. We also spoke about investment in Scotland, Taser deployment, and recruitment and retention. We look forward to meeting with Mr Ind on a Bi-monthly basis once he has had time to settle in.

While we're on the topic of the compendium, work is still ongoing however we are hopefully very close to finalising the terms and conditions document, which we will then share with our lawyers for their legal views and advice. I will keep you all updated on our progress.

Your views are needed

You may have seen on the Force Intranet a staff survey regarding the proposal of a single control room. We support this survey and ask you to assist the project team in completing it. Your views are essential so the team can better understand views, feelings and any suggestions going forward.

Talking of the staff survey, most of you will remember the Durham Survey that BTP ran in 2017. The results were quite telling especially concerning wellbeing, ethical leadership, job satisfaction and hindrance stressors, amongst other matters. I am pleased to report that the Force will be conducting another survey with Durham University this October. The results from this year and those from 2017 will then be compared and analysed by the University to determine where there have been improvements and where progress is still needed. Please keep your eyes peeled for this; I will obviously send a reminder nearer the time.

Thank you for reading this month's blog; I hope it is informative. If you have any questions or concerns please do not hesitate to contact your local representatives.